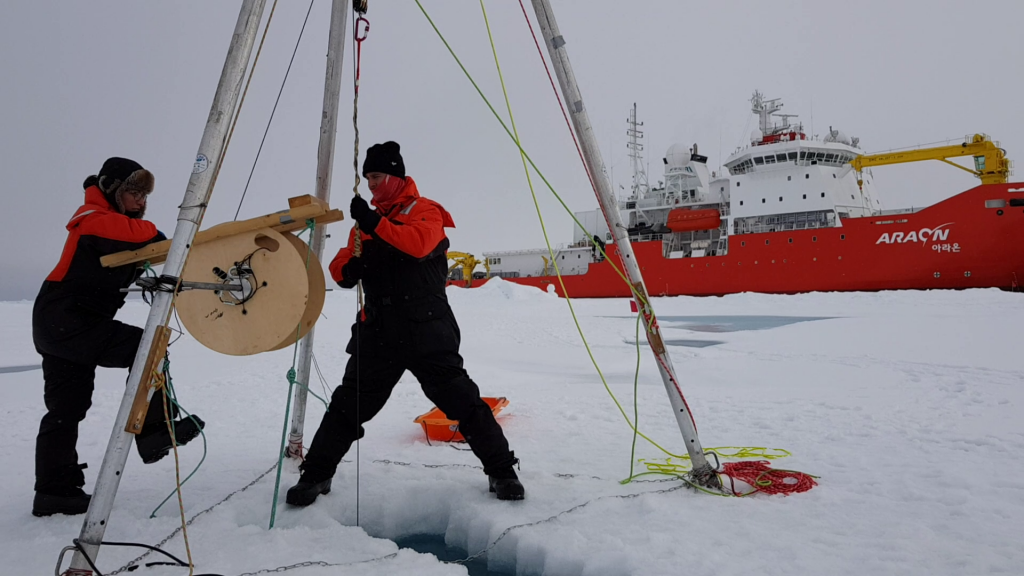 Mercator Ocean International supported the oceanographic cruise in the Chukchi Sea from the 3rd to the 27th of August 2019! 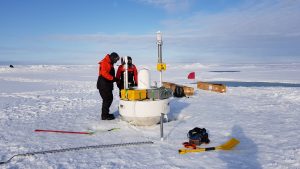 Mercator Ocean International (MOi) supported the Chukchi Sea campaign in Arctic from August 3 to 27, 2019. The stakes in the Arctic regarding the ocean climate are considerable and the sea campaign we support here is of great interest.
This type of scientific collaboration contributes to advancing the ODD13 and ODD14 objectives for sustainable development.

Cécilia Bertosio and Matthieu Labaste (LOCEAN, Sorbonne Université) participated in the cruise onboard Korean ice-breaker Araon in the Chukchi Sea of the Arctic, which is part of the multi-year Arctic research project organized each summer by the Korea Polar Research Institute (KOPRI). The participation of C. Bertosio and M. Labaste in the cruise is thanks to a LOCEAN-KOPRI collaboration recently established between KOPRI and LOCEAN scientists Drs. Joo-Hong Kim, Kyoung-Ho Cho, and Christine Provost. The cruise included hydrographic works, biology measurements, ice camps and mooring recoveries and deployments.

Araon departed from Dutch Harbor (Aleutian Islands, Alaska) on August 3 and resumed in Barrow (Alaska) on August 27. The LOCEAN team deployed two IAOOS platforms on the ice during the ice camp located north the Chukchi Plateau. These platforms drift with the ice floe and measure atmospheric, oceanic, snow and ice data several times a day.

Detail of the service provided by MOi, in real time during the cruise:

Based on the global high-resolution daily forecast system, daily provision of 10-day forecasts from 0 to 1000m depth. The parameters delivered are temperature, salinity, current, SSH (Sea Surface Height) and forecasts of sea ice thickness, concentration and speed, as well as bathymetry (topography of the ocean floor in the area).

The choice of time for the August season is related to the fact that the ice hold in the Arctic is close to the minimum ice cover, which is generally observed in September. This is also the moment chosen by Energy Observer for its Spitzberg Objective. 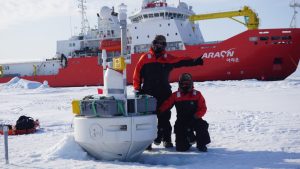 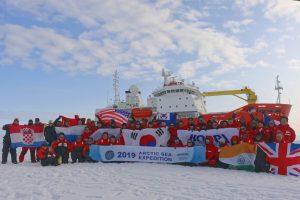 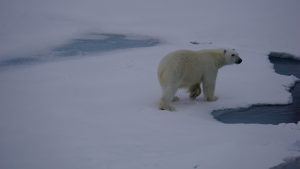