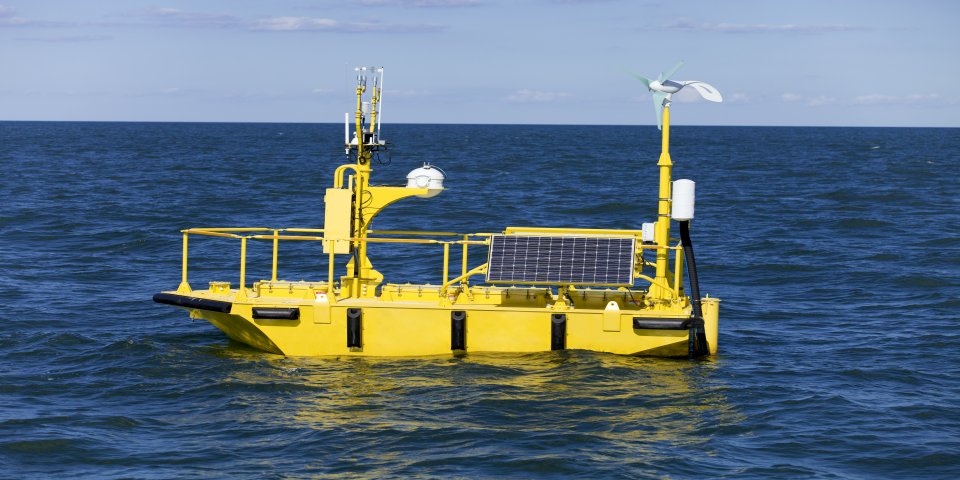 The European Union takes a major step in ocean preservation

Brussels, 24 November 2020 – Global Ocean observation is a sine qua non condition for ensuring a sustainable ocean and a sustainable society. Today, the European Commission is making a major shift on global ocean observation by launching the “EU4OceanObs” project, an important step aligned with the implementation of the European Green Deal, and the acceleration of the twin green and digital transitions in Europe. Funded through the Partnership Instrument managed by the European Commission service for Foreign Policy Instruments (FPI), the “EU4OceanObs” project will work at developing an international strategy for Ocean Observation with two major international Partners, the Group on Earth Observation (GEO) and the Global Ocean Observing System (GOOS) and its G7 Coordination centre.

Ocean observation and knowledge are more critical than ever. They directly contribute to keeping our oceans healthy and conserving biodiversity, monitoring climate change, fostering a sustainable blue economy, and effectively implementing the European Green Deal objectives and the Sustainable Development Goals. For a few years now, the European Union has been making significant investments to stimulate the development and use of ocean observations through major programmes and initiatives (see appendix). The EU also contributes to several major international initiatives in that area. A proper strategy combining these initiatives will lead to enhanced opportunities and optimization of existing resources.  By making EU investments visible at an international scale and by networking with countries along the Atlantic, Arctic and Africa, EU4OceanObs aims to foster the deployment of ocean observatories at sea in a coordinated way.

EU4OceanObs will spearhead and promote the EU’s increasing commitment and activities in the domain of ocean observation mainly through two major international initiatives: the G7 coordination centre and the GEO Blue Planet Initiative.

EU4OceanObs will showcase, create synergies and pool the numerous EU projects and EU-supported services contributing to a healthy ocean. The project will also foster global initiatives and partnerships for the development of global ocean observations that are drastically lacking. The project will jointly strengthen the EU contribution to the GEO Blue Planet initiative and to the G7 Coordination Centre of the Global Ocean Observing System (GOOS).

EU4OceanObs will play a leading and catalytic role towards international ocean governance by supporting ocean research and a sustainable blue economy, and also by enriching the Copernicus Programme with the required in situ data (measures at sea) for an improved Copernicus Marine Service.

EU4OceanObs is entrusted to Mercator Ocean International, the leading non-profit organisation in global ocean forecasting, and implementer of the Marine Service of the EU Copernicus programme.

About EU Commitments for a Sustainable Ocean

The European Union is at the forefront of policies and initiatives in favour of a sustainable ocean: the EU Green Deal, Mission Board on Healthy Oceans, Seas, Coastal and Inland Waters and its recent report, Mission Starfish 2030, All-Atlantic Ocean Research Alliance, The Integrated Maritime Policy and its cross-cutting policies related to Blue growth, Marine data and knowledge, Maritime spatial planning, Sea basin strategies, the Marine Strategy Framework Directive, the Common Fishery Policy and more recently the Farm to Fork Strategy,  for a fair, healthy and environmentally-friendly food system (…)

There are also many European initiatives related to the development of Ocean Knowledge for the “Global Ocean Observation System” and its regional and coastal components:  European Ocean observation infrastructures such as Euro-Argo, EMSO, ICOS, EuroFleet, EMBRC, Projects of the Horizon 2020 Programme (soon Horizon Europe), Copernicus, the Earth Observation Programme and its Marine Service, EMODnet, the European Marine Observation and Data Network, a network of organisations observing the sea, processing the data and making that information freely available as interoperable data layers and data products, EuroGOOS, the association of national governmental agencies,  research organizations,  and private companies in Europe, committed to oceanography within the context of the intergovernmental Global Ocean Observing System, EuroGEO Europe’s part of the Group on Earth Observations (GEO).

Mercator Ocean International is a non-profit company providing ocean science-based services of general interest focused on the conservation and the sustainable use of the oceans, seas and marine resources (UN SDG14). The organisation has developed complex ocean simulation systems (numerical models) based on Ocean Observation data (satellite and in situ) that are able to describe, analyse and forecast the physical and biogeochemical state of the ocean at any given time, at the surface or at depth, on a global scale or for a specific zone, in real-time or delayed mode.

Since November 2014, the organisation has been conceiving, implementing and operating the Copernicus Marine Environment Monitoring Service (marine.copernicus.eu) on behalf of the European Commission, in order to meet the needs of National, European and International stakeholders dealing with environmental policies, maritime safety, and defence, the stewardship of marine resources, biodiversity conservation and climate studies. Mercator Ocean International is based near Toulouse (France) and employs 100 people.