EU4OceanObs is a 2-year project that will strengthen the European Union’s prominence and influence in international ocean governance for an enhanced global ocean observation system. Funded through the Partnership Instrument managed by the European Commission Service for Foreign Policy Instruments (FPI), the project is implemented by Mercator Ocean International.

EU4OceanObs works to increase the EU’s visibility as a leading global actor, defend its interests and strengthen its influence in international decision-making bodies on the collection and use of ocean observations to address societal needs and environmental needs. The action will spearhead and promote the EU’s increasing commitment and activities in the domain of ocean observation with a focus on two major international programmes, the G7 Future of the Seas and Oceans Initiative and the Group on Earth Observations (GEO) Blue Planet Initiative. 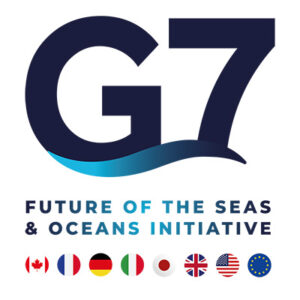 How we support the G7 FSOI 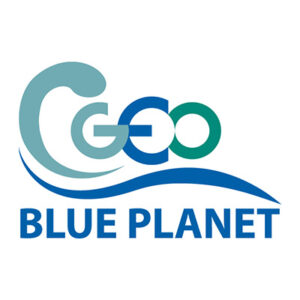 How we support GEO Blue Planet

By taking a leading role in the implementation of these two initiatives, EU4OceanObs will work in close collaboration with the main international, intergovernmental, and ministerial-level ocean governance structures. This will ensure that the European Union’s (EU) contribution to the global ocean observing system is a comprehensive, coordinated and seamless end-to-end service that promotes and supports international and regional efforts.

EU4OceanObs also works to promote and create synergies among the numerous EU-supported initiatives and contributions across the global ocean observing system (Copernicus, European ocean observing infrastructures, EuroGOOS, the Copernicus Marine Service, EMODnet, Blue-Cloud, etc.). By targeting users within and beyond Europe, EU4OceanObs works to increase the global impact and uptake of European ocean observing infrastructures and data products. Furthermore, by promoting Europe’s extensive capacities for ocean observation, data-handling and sharing, and modelling and forecasting, EU4OceanObs aims to strengthen international commitment and foster collaborative partnerships with other regions and countries for an enhanced global ocean observing system.

Ocean observation and knowledge are more critical than ever. They directly contribute to keeping our oceans healthy and conserving biodiversity, monitoring climate change, and fostering a sustainable blue economy. By playing a catalytic role in support of the blue economy and the development of sustainable practices for marine and maritime applications, EU4OceanObs will contribute to the objectives under the European Green Deal, United Nations Sustainable Development Goals targeted at the oceans (SDG 14: Life Below Water) and the common framework of the UN decade of ocean science for sustainable development -Towards the ocean we need for the future we want (2021 – 2030).

The implementation of EU4OceanObs has been delegated to MOi, a provider of ocean science-based services of general interest focused on the conservation and the sustainable use of the oceans, seas and marine resources since 2010. MOi has also been conceiving, implementing and operating the Copernicus Marine Service on behalf of the European Commission since 2014. MOi was also selected along with ECMWF and EUMETSAT to implement the WEkEO DIAS cloud computing platform. And now, MOi will enter and bring its expertise in a new frontier of international ocean governance by coordinating the EU4OceanObs project.

A team has been set up, fully integrated at MOi, to pilot EU4OceanObs and who will work side by side with the European Commission’s Foreign Policy Instrument Service, the Coordination Centre of the G7 Future of Seas and Oceans Initiative (FSOI) and the GEO Blue Planet Secretary. The project taskforce, headed by the MOi Scientific Director, Pierre Yves Le Traon, includes action coordinators for the GEO Blue Planet Initiative and the G7 FSOI. The GEO Blue Planet component will contribute to international initiatives for sustained oceans and on behalf of the European Commission, further integrate and promote European activities in this domain. The G7 FSOI component will foster synergies between these two bodies and on behalf of the European Commission, notably advance the EU’s actions related to the G7 FSOI and other international developments on global ocean governance.