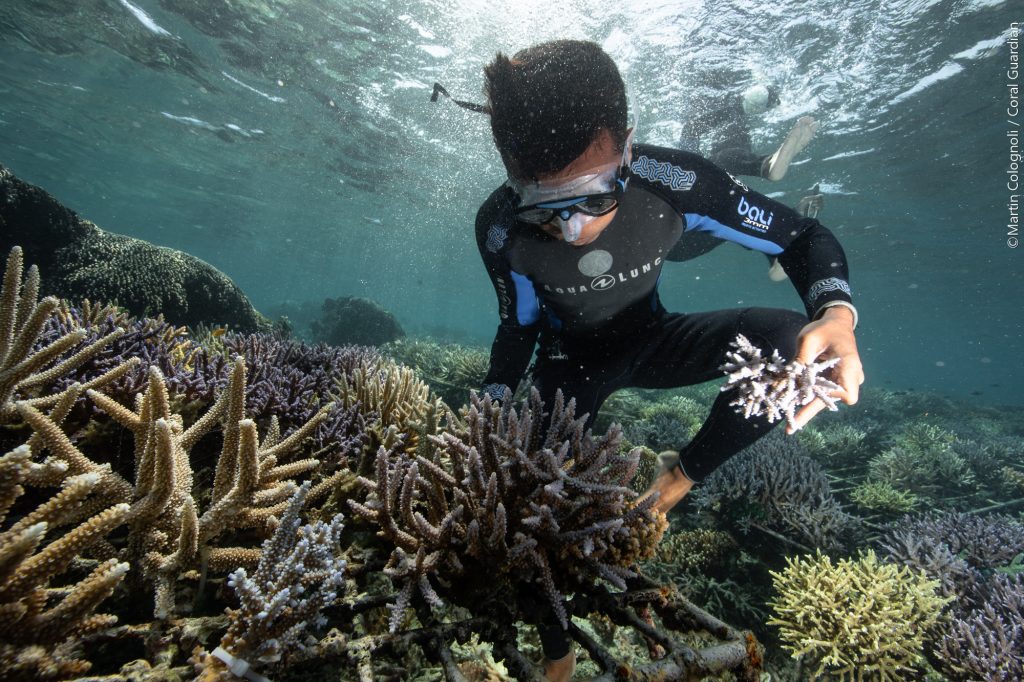 Coral reefs are the habitat of a large portion of marine biodiversity and they play a key role in coastal preservation by reducing shoreline erosion. They also are a major resource for economies and food for local populations, protecting them is vital. 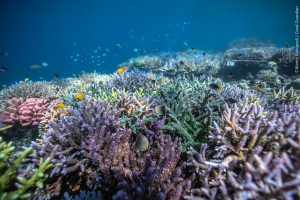 “Tell me and I forget. Teach me and I remember. Involve me and I learn.” These words of Benjamin Franklin’s epitomise the principle of participatory conservation promoted by Coral Guardian. The Indonesian-based association, which is dedicated to the preservation of coral reefs and the sustainable exploitation of their ecosystems, works directly with local coastal populations to empower them as guardians of these ecosystems.

“We have developed a programme to raise awareness and train fishermen in the sustainable management of coral reefs. To help people understand the importance of coral reefs in the marine ecosystem, we focus our awareness-raising and training on coral reef restoration, so that participants are directly involved at a very practical level,” explains Martin Colognoli, Scientific Director of Coral Guardian.

Coral Guardian thus works with local populations to restore and preserve reefs, and to raise awareness among local communities and the general public. The association is also involved in research programmes to learn more about coral ecosystems and how best to exploit them in a sustainable way.

At the end of 2018, won over by the originality of the association’s project and its educational, sustainable and “replicable” nature, Mercator Ocean International decided to support Coral Guardian in its awareness-raising and communication activities. The new partners share the conviction that people will only protect the things they fully understand. Knowledge sharing is therefore essential for raising awareness and ensuring the preservation, protection and sustainable use of the oceans.

As well as providing food for more than 500 million people, a habitat for 25% of marine biodiversity, coastal protection for more than 100 countries and economic resources worth nearly $36 billion per year, corals have many other surprising features: