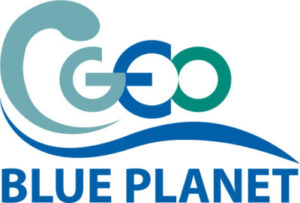 Mercator Ocean International (MOi) hosts the European (EU) Office of the Group on Earth Observations (GEO) Blue Planet Initiative. The EU Office together with the US Office, which is hosted by NOAA and the University of Maryland, make up the GEO Blue Planet Secretariat, providing scientific and logistical support to all GEO Blue Planet activities, and developing global partnerships.

The EU Office is composed of the EU coordinator, Dr Audrey Hasson and a communication officer. Dr Hasson is fully integrated in the MOi team and is part of the scientific
management. The EU coordination of GEO Blue Planet is funded by the European Union under the EU4OceanObs project launched in November 2020. Entrusted to MOi by the European Commission’s Service for Foreign Policy Instruments, EU4OceanObs works to strengthen international ocean governance for enhanced collection, sharing and use of ocean observations for societal benefit on a global scale.

For more information on and activities of the EU Office of GEO Blue Planet, click here.

About GEO and its Blue Planet Initiative

GEO Blue Planet is the ocean and coastal arm of the Group on Earth Observations (GEO) –  an intergovernmental partnership, composed of more than 100 national governments and 100 Participating Organisations that works to improve the availability, access and use of Earth observations for a sustainable planet.

The Blue Planet Initiative works to ensure the sustained development and use of ocean and coastal observations for the benefit of society by identifying the information needs – consolidating stakeholder engagement, by building tools that meet these needs – scientific cooperation and co-design with the users, and by strengthening and transferring capabilities – capacity development activities.

GEO Blue Planet tackles the end of the value chain from observations to applications based on a network of ocean and coastal-observers, social scientists and end-user representatives from a variety of stakeholder groups from high-level partners such as UNEP and regional IOC-UNESCO offices to end-users.

MOi is a participating organisation of GEO and part of GEO’s worldwide network working to build a Global Earth Observation System of Systems (GEOSS). The European Commission currently co-chairs the GEO Executive Committee, and the Copernicus programme, hence its Marine Service, implemented by MOi, is a major European response to GEOSS.